Neat Links From My Father, 5 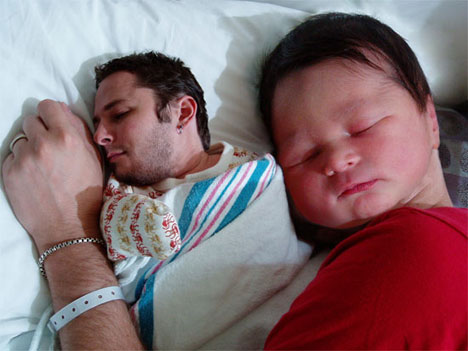 It’s been a while, and now is a good time… (Some of these have been sitting in my inbox for quite some time and are old, but cool, none-the-less.)
– Typographica’s list of its Favorite Typefaces of 2008.
– Computer program to compete against human “Jeopardy!” contestants.
– Stripped down aesthetic at the Milan Furniture Fair.
– These birds like to move it, move it!
– Bklyn Designs draw attention to the design scene in Brooklyn.
– A video on The Secret History of Fonts.
– Written by a cosmologist, and he explains the rules of time travel, if it might exist.
– NYtimes look at the history of The Guggenheim, as it turns 50.
– Finds at the International Contemporary Furniture Fair.
– Reveiw of Danger Mouse and Mark Linkous (with involvement from David Lynch), ‘Dark Night Of The Soul’.
– New Yorker cover drawn on iPhone Application.
– Coke is the official drink at the Creation Museum in Kentucky.
– ‘Take Five’ also turned 50.
– Video of Banksy’s recent Bristol exhibition.
– New York’s section of “Where’s Cool?’.
– John Hodgman: I Hear They’re Going to Make Evolution Legal.
– Statue Of Liberty’s Crown has reopened.
– Patents may be harming our ability to innovate. (Great addition to my post about copyright law!)
– Spellcheck This: Microsoft Office 2010, The Movie.
– Wired’s article about New Rules for Highly Evolved Humans, with very bad advice from Brad Pitt.
– The ultimate in hipster slummin’ it: dumpster pools.
– Mural by Brazilian graffiti artists, Os Gêmeos, on Houston and Bowery, that Dad really enjoyed last time they were in town.
– Spelling bee for grown-ups.
– Inside the Cafe at Facebook Headquarters.
Image via ManBabies.com